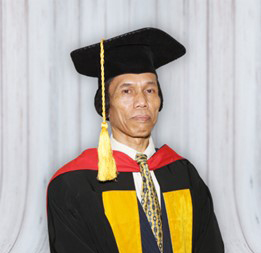 Physics is the most fundamental natural science and involves universal laws and the study of behavior and relationships among various physical phenomena (Cutnell & Johnson, 2007). Physics includes the study of the universe from the largest galaxies to the smallest subatomic particles, such as electrons, up quarks and down quarks. In addition, physics is the basis of many other sciences, such as chemistry, oceanography, seismology and astronomy.

Physics is a natural science that has contributed the most to the birth of various technologies that make human life easier. One of the example is, physics about the structure of solids, the electrical properties of materials and engineering to increase the conductivity of a solid have given birth to semiconductor materials of type P and type N. Semiconductor technology has driven the development of electronic device technology such as diodes, transistors, operational amplifiers, integrated circuits, microprocessors and others. These semiconductor devices have given birth to technological products such as radios, televisions, computers, to smartphones, which now almost everyone has.

A nation that is advanced and able to survive in the future is a nation whose human resources is able to control science and technology. The development of technology nowadays is largely due to the success of applying basic science, especially physics, to various technologies. Realizing the importance of physics as a catalyst for technological development, physics is taught from elementary school to university level. Most physics phenomena are abstract and very complex, therefore teaching them to students requires tremendous effort. In general, students, both in Indonesia and in other countries, regard physics as an abstract and difficult subject. Students' grades in physics are usually the worst compared to other subjects. While the world is developing rapidly as a result of the application of science and technology, on the other hand, there is a serious problem, namely the diminishing interest of students in physics, at all levels of education (Fischer & Horstendahl, 1997).

One of the factors that cause the low interest of students in studying physics is the learning resources or teaching materials used. Physics or other natural science textbooks, at this point, far from being helpful, often actually hinder progress in scientific literacy. They emphasize learning to answer questions rather than exploring questions, emphasize remembering at the expense of critical thinking, more in the form of pieces of information rather than understanding in context, and reading instead of doing. Current physics textbooks only focus on lower-level cognitive skills, such as the acquisition of facts and knowledge, with the exclusion of developing higher-order thinking skills such as analysis, synthesis and evaluation.

The type of physics textbook that should be used is one that represents scientific knowledge by following a distinctive science lesson structure, namely, motivating, presenting problems, conducting experiments, interpreting experiments, expressing consequences, applying, and practicing new concepts (Merzyn 1987). Students will be able to apply and practice physics concepts in new situations if they understand deeply. Based on empirical theory and facts, physics will be understood in depth by students if the teaching materials and learning process use multiple representations. The term multi-representation refers to a situation in which various representations are used to study a concept or solve a problem.