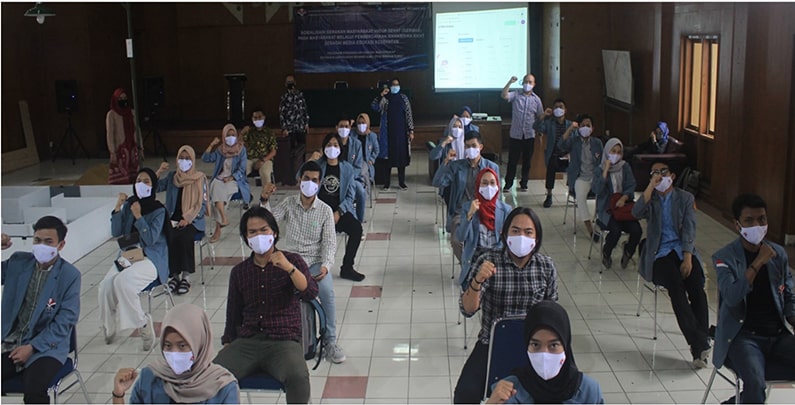 
Citarum is the longest and largest river in the Pasundan landscape of West Java Province, which is currently being highlighted by the world with the accumulated garbage problem (Bukit & Yusuf, 2002). The utilization of the Citarum River varies greatly from upstream to downstream. Start from those that fulfill the household needs, irrigation, agriculture, livestock, and even industry (Y. Hidayat et al., 2013). The development of industry along the Citarum river basin and the unmanaged industrial waste is one of the causes of river pollution (Bukit & Yusuf, 2002). The crisis experienced by Indonesia in the Citarum river flow, the water flowing through the Citarum has been contaminated by various wastes, the most dangerous waste is toxic and hazardous chemical waste from the industry (Said, 2008). The current condition of the Citarum is a portrait of poor surface water management in Indonesia (Suganda et al., 2009). Apart from that, the condition is exacerbated by the habits of the people living around the Citarum watershed area. They tend to litter and do not have the awareness to get used to living a healthy and clean life.

Health problems remain a serious challenge, especially in the Citarum watershed area. The GERMAS movement is based on efforts to change the lifestyle of the people who do not care about the importance of a healthy and clean life. The aim of this movement is to promote the culture of healthy living and to leave unhealthy habits and behavior of society. The GERMAS movement was also followed by promoting hygiene and healthy living habits and support for community-based infrastructure programs, which were synergized with the implementation of the Community Service Program which was carried out by Universitas Pendidikan Indonesia students. This program has several focuses; such as building access to fulfill the drinking water needs, community health installations, and building habitable housing. The three of them are the basic infrastructure that is the foundation of the movement for healthy living, especially for people who live in the Citarum watershed area.

Even though this activity was carried out during the pandemic, and it still cannot be predicted until when it will be over, but this does not mean that this service program continues to stop. Many efforts have been made by the service team in order to overcome various obstacles. Modifying service methods to suit current conditions is one example of the efforts the service team has made. In addition, the community service team also utilizes various device applications that can help to run the data collection such as Zoom, WhatsApp, Google Form, and Mentimeter. Meanwhile, to ensure the sustainability of the socialization program for the Healthy Living Community Movement (GERMAS) to communities in the Citarum watershed area through the empowerment of 13 KKN students as health education media, the team implemented it with a limited number of 25 representative students who were carrying out the Covid-19 Thematic KKN that live around the campus environment and health protocol was implemented during the program implementation. It is hoped that after this activity, students who have been educated and trained can socialize GERMAS through several thematic KKN programs that are being implemented online.